Since joining in late 2010, the SSL Egypt team has been very active, setting-up a professional structure and executing an action plan with the objective to improve its services through the development of a medical team focusing on a pilot study, the organisation of physician education meetings and patient awareness campaigns as well as the arduous groundwork to gain the Ministry of Health’s support.

These efforts strongly contributed to the first achievement of the initiative (enrolment of 6 centres), which was sufficient to convince the Ministry of Health of the benefits for the treatment of patients suffering from ST Elevated Myocardial Infarction.
Thanks to the deep commitment of Prof M. Sobhy during his term as Stent for Life Egypt Champion, the number of enrolled centres increased to 23 and the level of patient access to pPCI improved, although not as expected due to many barriers in the governmental procedures to obtain financial coverage.

Prof M. Sobhy and Dr A. El Shal (SSL Egypt Project Manager) led the cooperation with the Ministry of Health. The objective was to implement a reimbursement scheme to encourage hospitals to join the project and sign the agreement, especially those benefiting from the governmental health insurance system but with no clear payment process.
Another important challenge was the lack of patient awareness for cardiovascular diseases and Acute Myocardial Infarction (AMI) due to insufficient governmental campaigns and restricted scope of action. Therefore, even in the regions with enrolled hospitals, many patients bypassed the emergency services and sought advice directly from the nearest hospital that was not specialized or had no 24/7 cath lab. As a result, only 5,120 patients were enrolled in the initial project registry.

In May 2017, Prof M. Sobhy became a global SSL Ambassador and Prof K. Shokry was appointed new SSL Egypt Country Champion driven with new thoughts and ideas. He strongly believed that, in order to move the project to the next level, it was crucial to convince the Egyptian government, via the Ministry of Health, to turn the project into a national initiative.
The objective was finally achieved after a series of five meetings with the Minister of Health and the presentation of an integrated plan to cover all parts of Egypt, subsequently leading to an increase of the number of centres enrolled in the project to 50 and a coverage of 24 governorates. The Minister of Health also committed to convert these centres into 24/7 pPCI hospitals.

Concomitantly, SSL Egypt endeavoured to support medical initiatives all around the country, meeting with representatives of the participating centres, learning about existing obstacles and listening to potential suggestions to advance the project. 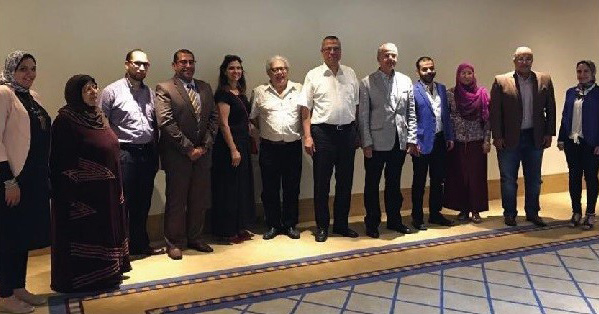 These consultations led to the conclusion that the next phase of the SSL initiative in Egypt should focus on improving the registry process – involving the development of a website and assigning a team responsible for the online data entry – organising educational meetings for physicians and public awareness campaigns, recruiting new centres based on defined criteria to increase the country coverage and classifying the centres, through a certification committee (also delivering a moral appreciation for high-performing centres), according to their qualifications and services.

Aiming at implementing the Hub and Spoke model, a huge effort was also carried out to map all the hospitals in Cairo and create a wide STEMI network through geographical distribution, to obtain the accurate data regarding the number of hospital cath labs, and to supervise the reimbursement process in order to guarantee the agreed payment and funding. 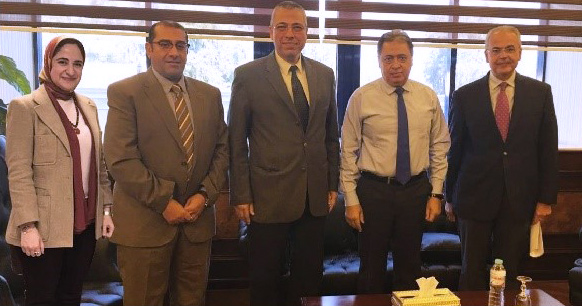 Earlier this year, another great achievement was announced when the Ministry of Health decided to set-up a “National Committee of pPCI Patients” headed by Prof Sameh Shaheen – one of the SSL Egypt executive members – to facilitate the coordination and implementation of the SSL objectives in Egypt at a national and governmental level.
The committee begun to work actively and met with the hospitals’ responsibles last May to set the patient pathway and work-flow between the hospitals and the Ministry of Health.

A SSL scientific session was also organised last February during the “Cardio Military conference” to boost physicians’ awareness and launch the new phase of the national ACS registry covering all hospitals and centres.