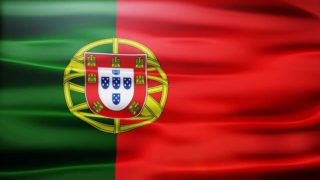 The Stent for Life Initiative (SFL) began in 2009 and was developed to reduce mortality from acute myocardial infarction (AMI) in Europe. Portugal joined the SFL Initiative in 2011 with the aim of helping an increasing number of Portuguese to access Primary Angioplasty (pPCI). In the middle of the last decade, only about one hundred pPCI per year and per million inhabitants were performed in Portugal, and only 23% of the patients asked for help through the 112-emergency number. Presently, the ratio is over four hundred per million inhabitants and within the European pPCI average.

Between 2011 and 2017, SSL Portugal conducted a variety of initiatives ranging from a public awareness campaign to educational projects and targeting health professionals to cardiac rehabilitation. The main educational programs were a postgraduate training program of more than 500 health professionals in IMS ambulances and hospital emergencies – STEMINEM and STEMICARE – and the debate on the organizational networks of treatment of AMI at hospital level (STENT NETWORK MEETING).
One of the main vectors of the SFL initiative was the awareness campaign about the infarction that was carried out between 2012 and 2017 with the population through the “ACT NOW – SAVE A LIFE” project. This campaign aimed at increasing people’s awareness about the AMI symptoms and encouraging to ask for help through 112. During this time, at least 3,563 news related to myocardial infarction were released in the national media.

After five years of activity, the SFL project came to an end and the new Stent-Save a Life! Global Initiative was launched. At the same time, results of a national market study carried out by Pitagórica were released. The objective was to assess the level of knowledge of the population regarding AMI as well as their perception of the disease severity and the associated risk practices. In a previous market study conducted in 2012, more than two-thirds of the Portuguese did not know the AMI symptoms.
The current study shows an improvement of people’s awareness about heart attack. Of the 1,044 respondents, 95% associate “chest pain” with this disease and the vast majority (96%) are aware that this pathology is an extremely serious disease and requires immediate treatment. Evidence of current knowledge about this pathology is the fact that 68% of the respondents replied that AMI is diagnosed through an electrocardiogram. In a closed question, also 42% correctly answered that the infarction results from the occlusion of a coronary artery.

The majority of respondents (92%) believe that the risk factors associated with this disease can be avoided, giving primacy to overweight as the main risk factor, but underestimating Diabetes Mellitus as a risk factor for the occurrence of AMI.
This new study is in tune with the positive results observed in the behaviour of the Portuguese in relation to the symptoms of AMI during the period of validity of the SFL initiative. Between 2011 and 2016, there was an increase in 112-linked patients (35.2% vs 46.6%) and a decrease in the percentage of patients who went by their own means to hospitals without interventional cardiology (54,5% vs. 42.4%).

Despite a noticeable progress, there is still a long way to go. The Portuguese are still waiting a long time from the onset of symptoms until they ask for help – about two hours – and an important percentage does not call 112 and travels to the hospital by their own means. At a time when Diabetes Mellitus is a scourge in Western societies, this disease must be considered as one of the main risk factors for atherosclerotic disease, of which AMI is one of the most important complications. 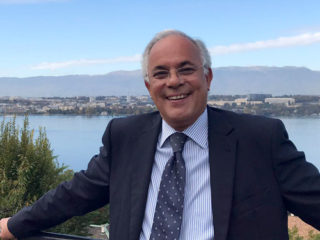 The Portuguese Cardiovascular Intervention Association (APIC) has recently appointed Dr. Pedro Farto e Abreu as the new Country Champion for Stent-Save a Life! in Portugal, taking over from Dr Hélder Pereira who has undertaken a more regional role in Europe.

As Head of the Interventional Cardiology Department at Hospital Fernando Fonseca and Coordinator of the Cardiology Service of Hospital CUF Cascais, Dr Farto e Abreu is ready “to take this new challenge with a great sense of responsibility”. Drawing on his wide experience in Interventional Cardiology – with more than 11,000 cardiac catheterizations and 6,000 angioplasties – he will work with his new team on pursuing all the projects in development as well as bringing new ideas to take the Stent-Save a Life! initiative further.